Well, all I can say is that if I hadda go through having a tumor and having to have brain surgery, this is the best outcome I could hope for. Along the lines of Nicole’s things to be thankful for…

Both my occupational therapist (thanks Patty!) and physical therapist (thanks Larry) have fired themselves, declaring me ready to take on the world (at least around the house). I’ve been trying to be a good patient and doing what I’m told – lots of ‘power’ naps, short visits with friends, challenging my various physical and mental capacities but not too far, and laying low on the computer. Well, all but that last. I admit I have been cheating, writing articles and polishing the apple of our new website at PosiTek.net, and kibitzing with Pam on various work stuff. Thanks Pam for carrying the load while I’m sloshing around the house!

So looking back on the last 5 weeks and re-reading the posts that my wonderful sistah Lisa wrote, I find myself feeling quite lacking in the writing dept. – Lisa’s so good at this stuff and I’m just a newb! But lemme give this a try, I hope it’s not too boring for you my dear readers, maybe Lisa will put in a guest appearance and dress up my drab prose with some…levity? Please?

On to where we are now. I’m showering myself, dressing myself, walking around the house with a cane (and quite often forgetting it), not falling down or injuring myself (!), and have taken a number of car rides and errands and stuff outside of the house. Great stimulation! This morning Nicole and I had a date – for a late breakfast at Silver Diner. I wore earplugs, which I’ve taken to having as a fashion statement and for self-defense. My super-hearing is still with me so even Astro lapping up water 5 feet away from me sounds very loud, and light bulbs are squeaking at me! Especially sensitive to high frequencies, although I didn’t hear the Fairfax County cops when they were working a speed trap on the way to McLean the other day – they must be using something other than the standard radar which I hear very clearly. Or maybe I’m losing my super-powers? Say it isn’t so!

The last couple of nights I slept pretty good, not getting up in the middle of the night and can’t sleep at all, then napping throughout the day. I’m down to just short power naps in the daytime. Way better for me, methinks – I’ve been reading about how good sleep is for the brain, washing out toxins, rebuilding synapses and other good works. I still have an aversion to the little screen, my iPhone and iPad sit mostly idle whilst I jot down stuff on the 24″ kitchen PC (thanks Acer!), or watch the big screen TV (thanks Samsung!). I’m still mostly off-line with email, social networking and such, have to ease back into that over the next few weeks.

Gee, I’ve been writing this and haven’t had to take a break yet – a breakthrough! *sensory break-time*

The other day, Darren and Nate assembled my new stationary exercise bike – and I’m looking forward to messing with the iFit stuff while I bike around the world (from the comfort of my basement). Larry and I tested it out during our last PT session together, and I did 10 minutes with just a little huffing and puffing – a good start. I’ve setup my next attempt at 20 minutes with some varying terrain, but not too much and keeping the speed down, you never know when the cops are gonna pull you over. I’ll slowly start to work back into most of my old exercise routine, but definitely no kicking and jarring actions – my hip and sloshy head just won’t take that. 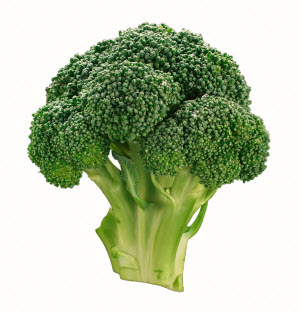 So thinking about this whole episode, I’ve come to a few thoughts (well maybe more than a few, but my neurons are still getting used to each other again). First, that enjoying life and love has got to be the greatest gift ever. Everything is so much more poignant and meaningful, the meals that our neighbors and friends bring are so delicious (even the broccoli and cauliflower!), and human relationships with everyone feel so much deeper and more…meaningful. I find myself coming close to tears a lot more often these days, and can’t even blame the medication for that anymore. Last night a good friend of ours came for dinner, Bruce even played handyman for us and installed two reading lights and changed a light bulb for us. I’m not to climb ladders, reach under or behind beds and stuff like that these days. At dinner, Bruce talked about his wife who passed away a few years ago, and his loving memories of those times were so touching that I couldn’t keep from welling up. Guess that’s part of this whole ‘significant emotional event’ they call brain surgery…

Second, that so many things are so much clearer to me now. I re-read my diatribe from a few weeks ago when I was just starting to catch up on the news, and things are still clear. While we still have major problems – politically, climate-wise, and socially, I can’t help but have great faith in the human race once again. The love, empathy, and caring I’ve experienced over the last 5 weeks has been so wonderful – most people are good people and want to do the right thing. We often get off on a bypass and do the wrong thing, but that doesn’t change the fact that we are good people. So I have much more hope than before.

And lastly, as someone once said, a man’s gotta know his limitations. I’m having to deal with mine, and they’re much more limiting than I ever imagined. And it’s still early times. I know I’m going to get lots more antsy, and want to do stuff like drive and go places, and push myself further than I should. But I have to pace myself. As Nicole says, this recovery isn’t a sprint, it’s a marathon. So I have to keep myself on a pace that doesn’t wear me out (too much). So days and weeks will go by and it’ll seem I’m not accomplishing much or progressing very far, and  have to stay calm, centered, and serene (as best I can, you know me!). Frustration is a stress-inducing action, and I have to at least try to keep myself from getting too frustrated with myself.

At least with my scar (very little scabs are left, and the hair is growing nicely), I’ll make a good Halloween costume!

2 thoughts on “Five Weeks Post-Surgery, What a Difference!”

. Note that my swelling from Marvin is pushing my left brain into my right brain - does that mean I was in my right mind?">

Posts on this blog, or any other social network, do not necessarily represent the views of the authors' employers. Furthermore, posts or links to other content do not imply endorsement, unless explicitly stated. Any elements on this blog that may be linked to or displayed, including trademarks, are for educational purposes only under fair use copyright law.